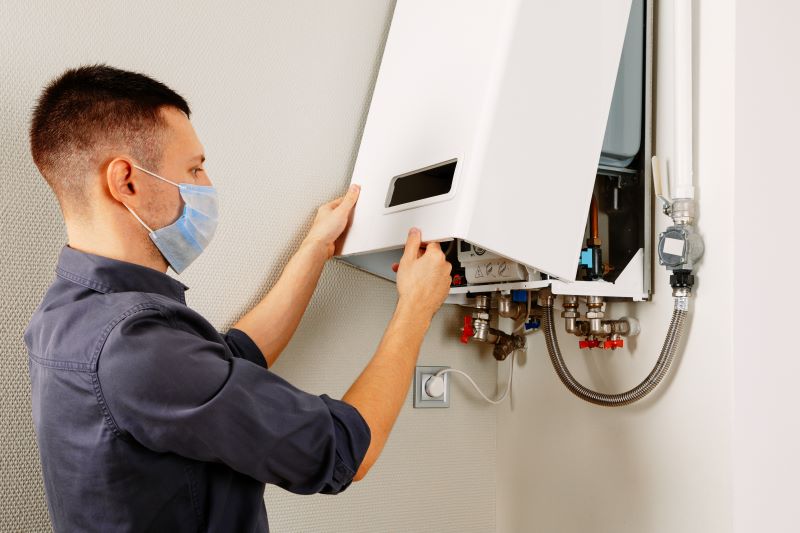 Now more than ever, with so many of us spending more time at home, our boilers have been getting a lot of use.

We might be heading into summer right now, but the nights are still chilly and the increasingly inconsistent weather means many of us will be firing up the central heating over the coming months.

But during this ‘downtime’ when the heating is not being used as frequently, it might be a good idea to consider upgrading your old boiler or replacing it with a boiler that better suits your needs and your lifestyle.

To help in your hunt for the perfect boiler, we’ve decided to put together an introduction to the different types of boiler you might commonly be looking at.

So, before you pick up the phone and call your local heating engineering, let’s put the different types of conventional home boiler under the microscope.

The most common boiler in the UK is the combination boiler which (as the name suggests) combines all of the heating tasks in a single unit.

The main benefit of a combi boiler is that when it’s working it can produce hot water instantaneously. It can do this due to how it operates – with a heat exchanger being used to directly heat the cold water main.

With the heat exchanger doing most of the work, these boilers don’t need a hot water cylinder or tank which makes combi boilers the most compact choice.

While these boilers require little maintenance (an annual service should suffice in most cases) and provide instant water, there are drawbacks.

For example, supplying hot water to more than two outlets simultaneously is going to be difficult. For most smaller homes, however, they are the most practical solution.

These types of boilers use a hot water cylinder to store hot water and feed that hot water to the central heating via an open-vented system.

These are also referred to as simply ‘conventional’ or ‘regular’ boilers and are often found in older homes with older radiators that might not be able to handle the high water pressure of a combi or system boiler.

They are also generally the most affordable option, so are a great idea if you’re on a budget and have the space to store the cylinder.

The cylinder is typically stored in the loft but back boilers can also be installed in the chimney breast. This is, however, quite an old fashioned approach. The main disadvantage of a heat-only boiler Is that it’s only the boiler itself that’s covered under warranty so if there is a problem with the tank/cylinder it could be a very expensive fix.

System boilers function similarly to regular boilers only with all of the components (boiler and tank included) contained in one system.

Acting as a sort of ‘middle-ground’ option between heat-only and combi boilers, they are generally used in larger homes where there are multiple outlets that will be used simultaneously. This is because the tank is unvented, allowing for a greater flow of hot water.

However, by their nature, these boilers require a lot more space than the other two types of boiler and the flow of the hot water is always going to depend on the mains water pressure.

So, if you live in a large house with good water pressure this might be a valid option, otherwise, we’d usually suggest going with a combi boiler for most modern homes.